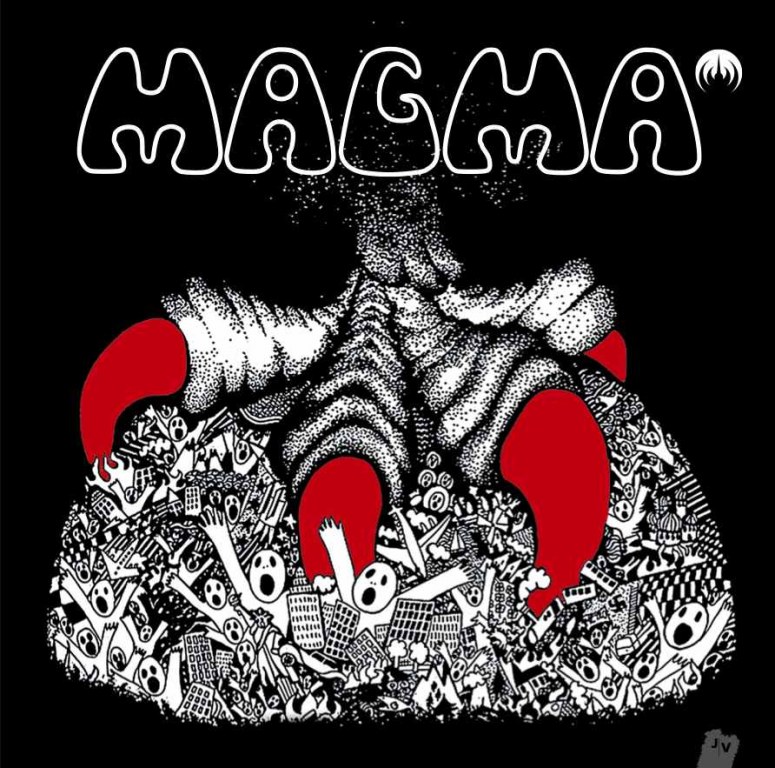 At the end of the 1960s – a time when the French seemed to be willing tolerate the total domination of their music by Anglo-Saxon influences – Christian VANDER founded MAGMA. In doing so he declared his intention to create a different type of music, with an essentially European identity. The first, double, album by MAGMA, KOBAIA (1970) realises this objective and indeed, surpasses all expectations. A cry of revolt and hatred against this Earth – which suffocates humanity and yet absolutely governs its activity – the music of MAGMA synthesises a wide range of influences

STRAVINSKY, BARTOK, COLTRANE, BACH, jazz, rock, rhythm and blues…. and the result is a totally new musical language, disconcerting at first hearing, and yet which soon reveals an unsuspected magnificence. Although the line-up is classic, the revolutionary character of this album results from the originality of the rhythm section, which is totally relentless, the tidal-wave brass section, used in a completely new way, and the extraordinary singing, using an invented language, which tells us that from here on out, nothing will be as it was before