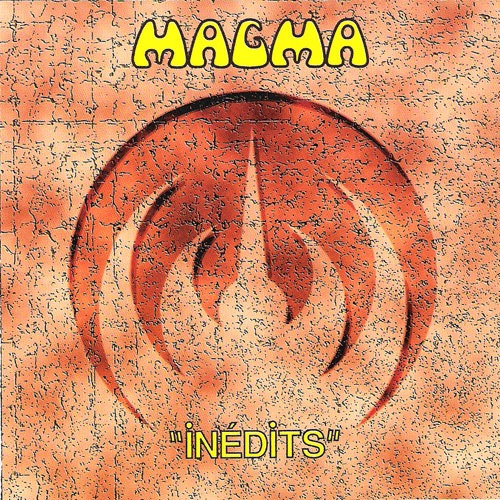 Released in 1977, INEDITS features 6 titles regularly played in concert but never recorded in the studio by any of the different MAGMA line-ups which existed between June 1972 and January 1975. Mostly recorded with whatever equipment was to hand, either in concert or at rehearsals, these recordings nevertheless have a good sound and are an essential part of the history of the band. Although the musical interest is constant throughout the album, the highlights nevertheless are the two opening titles, which bring the incredible bass playing of Jannik TOP to the fore.