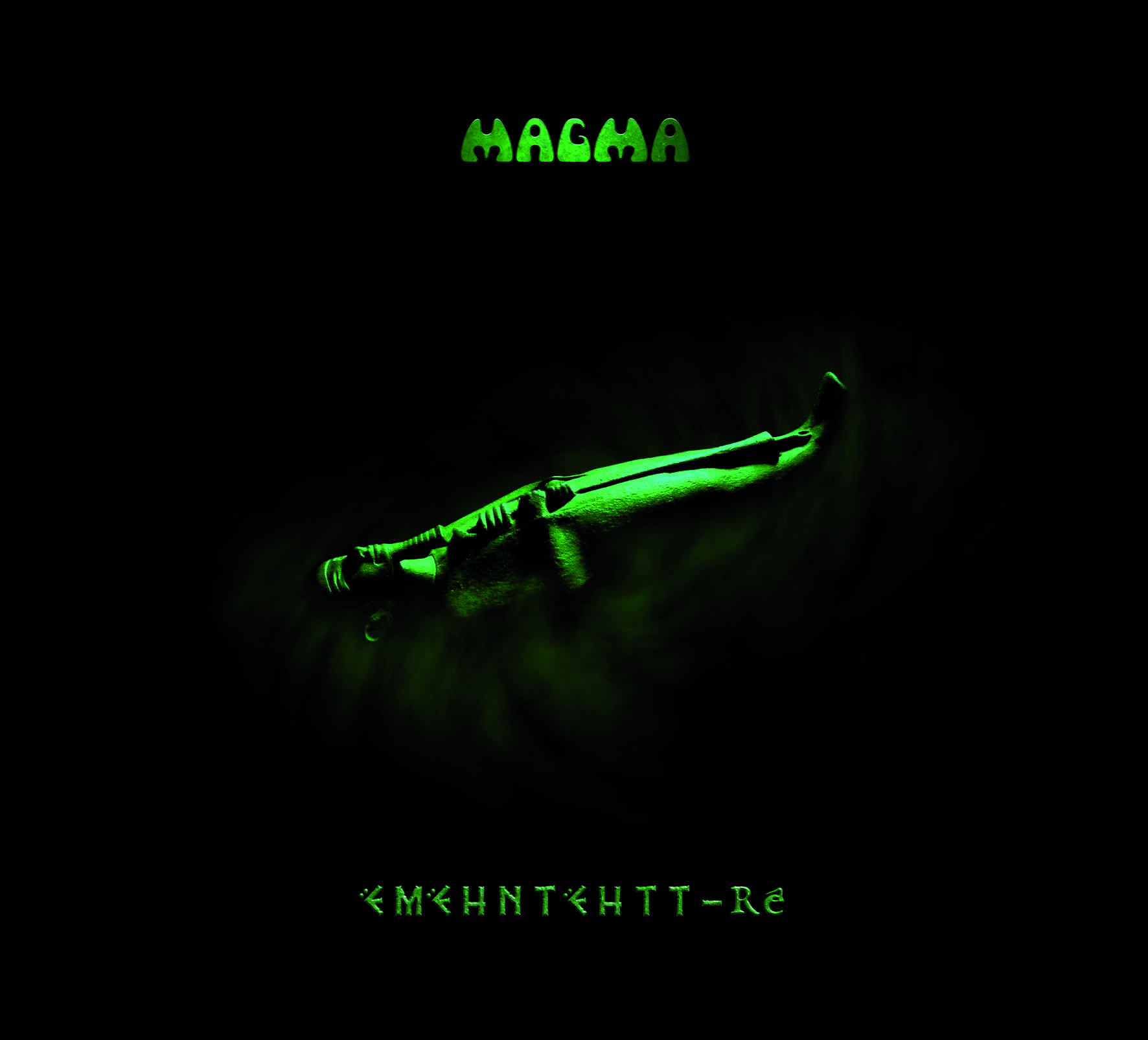 At the doors of immortality, dreams the Great Servant of Ptah, God of creation drifting infinitely within his own mind, as he tries to awaken Him.

In its message, as in its genesis and its making, Ëmëhntëhtt-Ré is an intimate epic, an occult stride forward, a quest for the sublime. Initiated in 1975, its composition beholds its whole fulfillment after more than three decades. It is the testimony of an unwaveringly timeless inspiration, of which the expectant present asserts itself beyond history. Connecting wide and contrasted scenes, it sets its coherence within its very dynamics, playing with chiaroscuro , between choral splendor, operatic jubilation and hurricane of spirits beyond graves. As much a seraphic liturgy as it is a telluric opera, Ëmëhntëhtt-Ré comes as the final closure to a second trilogy, following upon that of Theusz Hamtaahk, in Christian Vander’s corpus. This is a music reaching out from a time before man time. Born at the heart of nebulas, fed on mineral glow, and riding crypts capped with a cosmic vault. Bruno Heuzé Translation : Mary-Noelle Dana