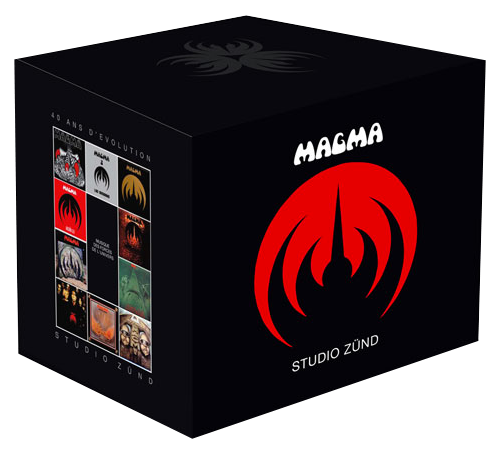 A must for MAGMA fanatics, fans and freaks everywhere. An opportunity not to be missed. For the first time ever, the full set of 9 incredible studio albums – from Kobaia to K.A – in deluxe digipack form. Each volume has its own 32 to 48 page booklets, containing photos and previously unpublished documents re-telling the story of MAGMA in 9 detailed chapters. Also includes a bonus double CD of archive documents: the first demo recorded by the band in 1970, the original sound track from the film 24 heures seulement recorded that same year by the line-up playing on the first album, a demo version of MDK with just rhythm section and a vocal guide track , and a version of Eliphas Levi with drums.